Najib says "NO" to KLIA@East

According to Sime Darby Watch, Najib conveyed his disapproval at a meeting with Air Asia and Sime Darby Berhad this morning. Khazanah Nasional is also against the project.

Thank you, Dato' Sri for taking into account the feelings of the people.

I wonder if the decision was made earlier, BN could have clinched Kuala Terengganu in the recent by-election.
Posted by Mohd Ashraf Abdullah at 7:26 PM 4 comments:

I wish all my Chinese friends and readers a Happy Chinese New Year.
Posted by Mohd Ashraf Abdullah at 12:08 AM 2 comments:

I am shocked! I heard over the radio a few minutes ago that the Government has not given the approval for Sime Darby and Air Asia to proceed with the proposed new Low Cost Carrier Terminal to be built in Labu, Negeri Sembilan.

The statement was made by Deputy Prime Minister Datuk Seri Najib Tun Razak.

But early this month, Sime Darby, in an announcement to Bursa Malaysia said the Government has given its approval for the construction of the new LCCT.

So which is which? I am confused!

I am sure our Deputy Prime Minister wouldn't have got it wrong because he sits on the Cabinet. Decisions such as this are normally made after a lengthy deliberation in the Cabinet. Furthermore, as Finance Minister, he would have first hand information about this project.

Blogger Sime Darby Watch is asking whether Sime Darby lied to Bursa Malaysia, its shareholders, and the people of Malaysia. Read here.

My dear friend Rockybru is also puzzled. Read this.

If indeed Sime Darby had lied, then I agree with Sime Darby Watch that the entire Board of Directors should be given the sack. Is Sime Darby trying to show that it is more powerful than the Government?

Bursa Malaysia is duty-bound to look into this matter immediately.

Contents : We refer to Sime Darby Berhad's ("Company") announcement on 23 December 2008 on the above matter.

The Company wishes to announce that it had, today, obtained approval from the Government of Malaysia to proceed with the Proposed LCCT Project.

This announcement is dated 5 January 2009.
Posted by Mohd Ashraf Abdullah at 6:46 PM 3 comments: 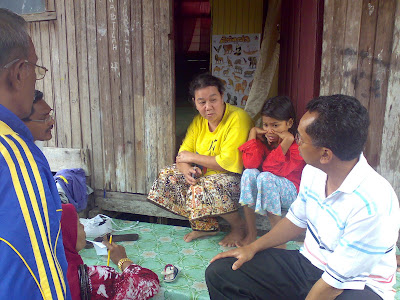 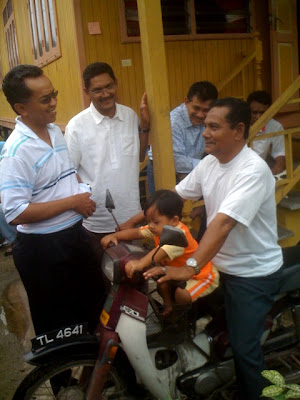 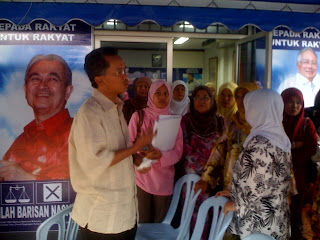 Sime Darby has decided to drop its bid to purchase 51% of Institut Jantung Negara, a decision welcomed by every Malaysian I know.

It was a non-starter, a no-brainer. Like I said in my earlier posting, IJN is literally close to the hearts of every Malaysian who lived through the days of its inception in 1992. It saved the lives of millions of Malaysians including former Prime Minister Tun Dr Mahathir Mohamad, the Malay Rulers, community leaders, the civil servants and the poor.

The proposal to takeover IJN was a fatal miscalculation on the part of Sime Darby. Why IJN? It is doing well on its own. If Sime Darby's intention is noble and if it "can provide affordable healthcare to the poor", then it should take over every district hospital in the country.

Perhaps, given Sime Darby's sheer size, deep pocket and influence in the Government, it thought it could move mountains. But how wrong it was.

Now, Sime Darby is left with a deep visible scar, an irreversible damage to its reputation. It is now known all over the world as a parasite organisation the bloggers dislike. I know that some bloggers and writers wanted to go to the extent of calling for a boycott of Sime Darby products, a move I didn't agree with simply because Sime Darby is a Malaysian company, a GLC at that.

The damage control is going to be tough. It is going to take many years for Sime Darby and its leaders, especially Chairman Tun Musa Hitam and President Dato' Seri Ahmad Zubir Murshid to regain their reputation and the people's respect.

The people lost their respect for Sime Darby simply because it insulted their intelligence by saying that the privatised IJN will continue to provide affordable service for the poor. Service, perhaps, but affordable?

It simply doesn't make sense. A vast majority of IJN patients are poor, tens of thousands of them, and civil servants who are entitled for free treatment. It doesn't fit the equation.

If the 24-year-old Sime Darby-owned Subang Jaya Medical Centre had a good record for helping the poor, then Sime Darby would have had something to show. Unfortunately, it doesn't.
Posted by Mohd Ashraf Abdullah at 10:05 PM 6 comments: 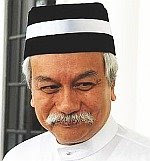 Ampun Tuanku.
Posted by Mohd Ashraf Abdullah at 1:25 AM 7 comments: